Have you ever had an experience of losing it all? What happened to you after this? In 2011 after being in the Sendai earthquake, it felt that everything I seemed to have built up including my confidence, wealth, and inner well being was either swept up from under me or began crumbling in front of my eyes. My business fell apart, my main relationships suffered, and my self worth seemed to dwindle. Old issues I thought I had resolved from childhood re-emerged to be faced on a whole new level. I went from being a very successful, overly confident, empowered spiritual teacher to someone who was suddenly unsure in life. I didn’t realize I had some PTSD and was still energetically engaged in what was happening in Japan and attempting to protect my students on an energetic level. A combination of many factors led to this ‘identity and life’ crisis, and ultimately I had to surrender to the process and learn new layers of humility and trust.

I flowed with the path of surrender and I allowed life to take me forth on a variety of experiences. I believed I needed to strip layers of my ego and I went far with this concept until I was too ungrounded to really interact in this world from a solid place. I let go of my ambitions, the projects I was working on, all my bank savings and treasure chest (I kept a pirate style treasure chest with gold, silver and platinum), and I went to India to train as a Vedic yogi, priest, and coach. One day while in Ramana Maharishi’s cave I received the guidance to move to Kauai where I spent the last of my money and hiked into Kalalau Valley for a 40-day and 40-night pilgrimage. It was in Ramana Maharishi’s cave I also received guidance that it was time to integrate the wisdom I received from many lineages into a single practice that best serves to ground the higher self into the body. It was then I started to put together the basic Heart Alchemy Meditation.

Eventually along my journey I realized that it was not about eradicating the ego, but rather evolving into a place where the ego begins to listen to, trust and follow the directive of the Soul that emerges from the heart center. The wisdom of the Soul takes precedence, it aligns with the higher mind and what occurs is a unified alignment between the heart, mind and will. As the incarnate personality aligns and integrates with the personality of the Soul, then there are other levels of embodiment to attain. We have more aspects of our Self to integrate that exist on higher dimensions than the soul such as our Oversoul, Avatar Self, and Higher Self. I came to see that there are collective blocks that keep people’s evolution stuck at a specific dimension of ‘soul level’ potential, meaning most people are blocked from accessing, anchoring and integrating their higher dimensional Oversoul, Avatar and Higher Self aspects into the incarnate identity and body.

When I realized this I sought out every method and modality I could find in order to clear whatever was in the way of being able to embody the higher dimensional aspects of Self and turn on my full spiritual and genetic potential. I discovered that having a spiritual awakening didn’t mean I had achieved full genetic or mental liberation. This meant I had to work on myself on multiple angles.
After many trials and phases of transformation, intense phases of healing work, identity death and rebirth, Oversoul and Avatar integration began happening and I began to anchor into a new frequency of Self. I realized the importance of continually doing clearing work to create space within in order to allow aspects of the Self that exists on higher dimensions to actually anchor into this realm and personality. While being dedicated to this process was key, it was ultimately through the gateway of humility, trust and surrender that I was able to access greater levels of illumination and liberation and begin to build a foundation which nothing can shake.

I realized that my whole foundation was shattered by the earthquake in order for me to learn to build a true foundation with something new – an individuated Self that re-emerges after complete surrender to Source. When everything has already been given up to Source, there is nothing left to lose. There is space to receive the true Self that is beyond this world, and that becomes the foundation which nothing can shake. Therefore, when we genuinely offer our ‘all’ to the heart of Creation, we receive the crowning of our own Selfhood. We re-emerge into our divine personality with access to a spiritual foundation that is the boundless majesty of Source itself. Our loyalty, sincerity, and humility with Creation deepens, and life gets a degree more epic. Synchronicity, alignment, and grace seem to arrange all aspects of life so we are supported to do the work we are truly here to do at this time. We find ourselves working in sync with others across the world to activate the collective towards a global awakened Heart. It is already happening now and I invite you to tune into the evolutionary pulse that is emerging stronger every day, gently guiding you towards your highest potential and fulfillment. 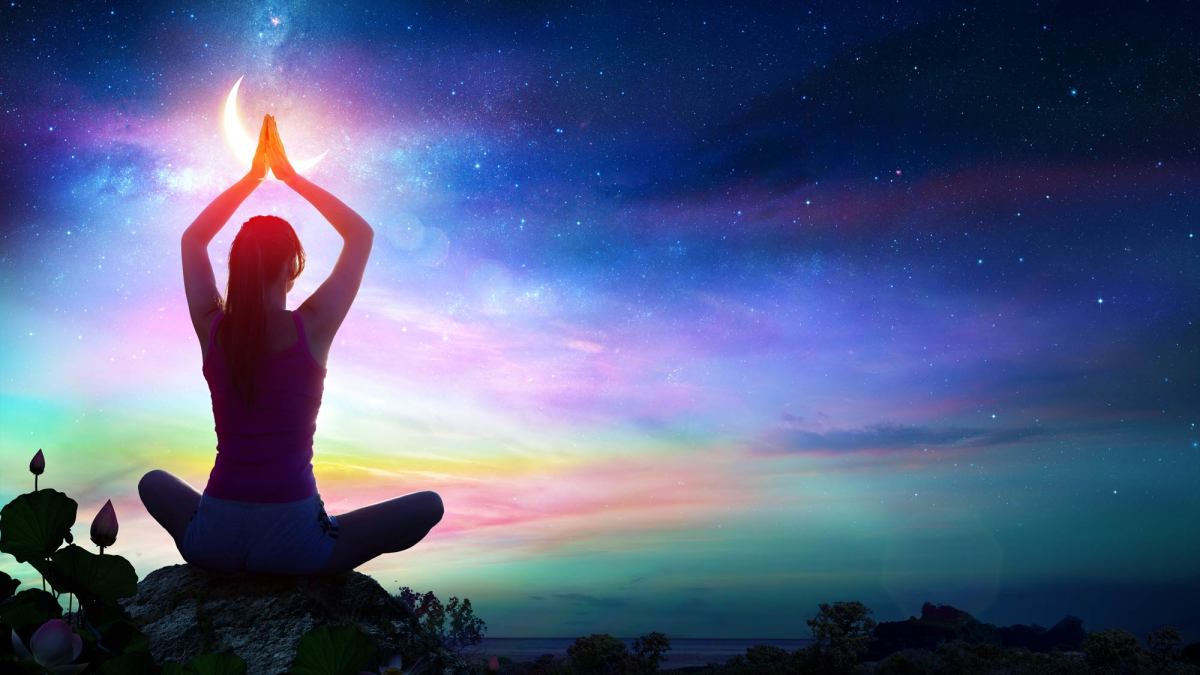 Balance on the Path